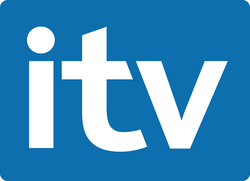 The next ITV dividend is expected to go ex in 4 months and to be paid in 5 months.
The previous ITV dividend was 3.3p and it went ex 2 months ago and it was paid 1 month ago.
There are typically 2 dividends per year (excluding specials), and the dividend cover is approximately 1.7.

Enter the number of ITV shares you hold and we'll calculate your dividend payments:

Sign up for ITV and we'll email you the dividend information when they declare.

Add ITV to receive free notifications when they declare their dividends.

Your account is set up to receive ITV notifications.

ITV, formed after the merger of Carlton and Granada in 2004, is one of the UKs five terrestrial broadcasters. As well as its terrestrial ITV1 channel the company ahs also launched a number of free to air digital channels including ITV2, ITV3, ITV4 and ITVPlay. The group also owns GMTV and cinema screen advertising businesses in the UK, Europe and the US. ITV has also been expanding its multimedia platforms and in 2005 bought website Friends Reunited.

ITV PLC proposes a final dividend of 3.3p per share The ITV Board intends to propose a final dividend of 3.3p for the full year 2021, based on two-thirds of a notional full year dividend of 5.0p. They intend to pay a full year ordinary dividend of at least 5.0p for 2022 which it expects to grow over time whilst balancing further investment behind their strategy and their commitment to investment grade metrics over the medium term.
03 Mar 2022
Matthew Riding
DividendMax Limited
https://cdn.dividendmax.com/assets/dividendmax-logo-12350abf3d554b5cec79a1ea7b721390c3361d0a1604f0734ff3df5fe9964004.png
2021-07-28 11:25:28

ITV have announced they will not be reinstating their dividend for the current year The ITV Board recognises the importance of the ordinary dividend for ITV shareholders. Given the current uncertainty, the Board will not declare an interim dividend in respect of the current year. However, assuming the economy continues to recover, the Board intends to propose a final dividend of 3.3p for the full year 2021, based on two-thirds of a notional full-year dividend of 5.0p. The Board intends to grow the ordinary dividend over time whilst balancing further investment behind their strategy and their commitment to investment grade metrics.
28 Jul 2021
Matthew Riding
DividendMax Limited
https://cdn.dividendmax.com/assets/dividendmax-logo-12350abf3d554b5cec79a1ea7b721390c3361d0a1604f0734ff3df5fe9964004.png
2020-10-07 00:48:50

Our latest Research 11/04/2016 After a long layoff due to our focus of increasing the UK coverage in DividendMax, we are going to trawl our enlarged database to produce a list of companies that we believe represents good value from an income perspective. It is interesting to note that four companies that make the cut are as a result of our strategy to enlarge our database namely Northgate, Alumasc, Arrow global and Utilitywise.
11 Apr 2016
Matthew Riding
DividendMax Limited
https://cdn.dividendmax.com/assets/dividendmax-logo-12350abf3d554b5cec79a1ea7b721390c3361d0a1604f0734ff3df5fe9964004.png
2020-10-07 00:48:37