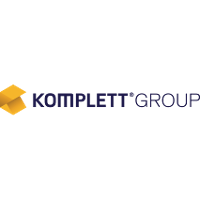 Enter the number of Komplett ASA shares you hold and we'll calculate your dividend payments:

Previous Payment
–
Next Payment
–
Forecast Accuracy
—
We have not made any dividend predictions for Komplett ASA
Try Premium
Dividend Yield Today
0.0%
The dividend yield is calculated by dividing the annual dividend payment by the prevailing share price
More
Free Email Notification

Sign up for Komplett ASA and we'll email you the dividend information when they declare.

Add Komplett ASA to receive free notifications when they declare their dividends.

Your account is set up to receive Komplett ASA notifications.

Komplett ASA operates as an online retailer of electronics and IT products in Norway, Sweden, and Denmark. The company operates through three segments: B2C, B2B, and Distribution. It offers consumer electronics and business solutions, including computer components, gaming, PCs, household electronics, and other computer-related products, as well as brown and white goods, and cloud-based IT solutions and services. It operates four webshops under the Komplett brand; and 18 retail stores under the Webhallen brand. The company's B2B operations include sales to companies and public entities/institutions under the Komplett Bedrift and Komplett Företag. It also distributes products to resellers and other entities under the Itegra brand. The company was formerly known as Norkom ASA and changed its name to Komplett ASA in December 2002. Komplett ASA was founded in 1991 and is headquartered in Sandefjord, Norway.