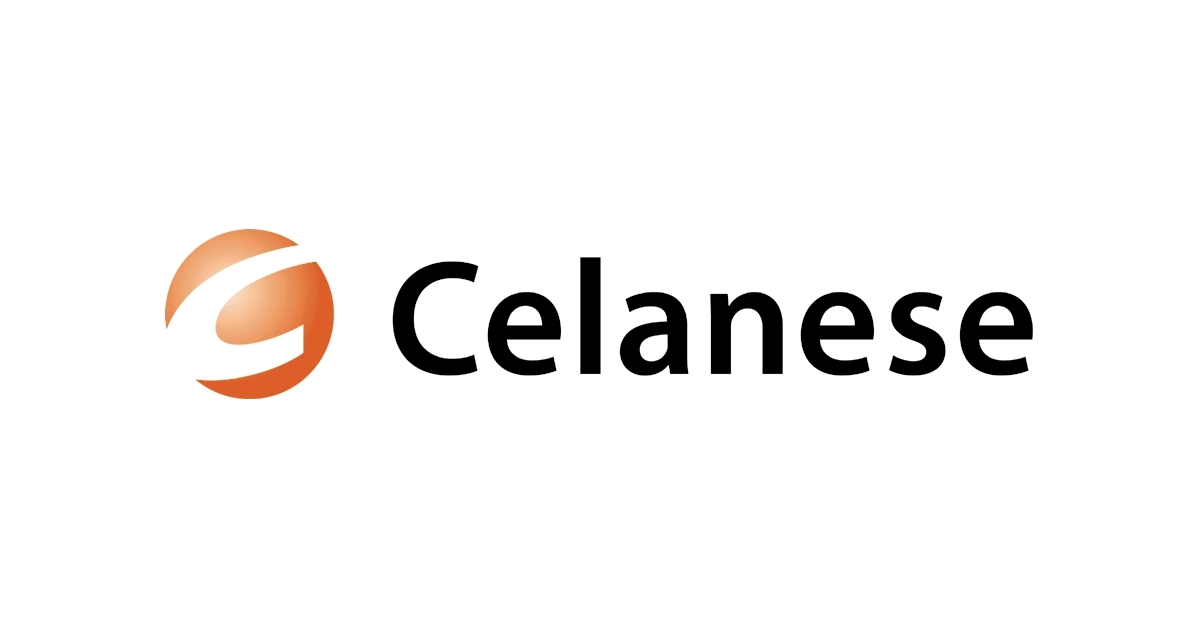 Enter the number of Celanese Corp - Ordinary Shares - Series A shares you hold and we'll calculate your dividend payments:

Sign up for Celanese Corp - Ordinary Shares - Series A and we'll email you the dividend information when they declare.

Add Celanese Corp - Ordinary Shares - Series A to receive free notifications when they declare their dividends.

Your account is set up to receive Celanese Corp - Ordinary Shares - Series A notifications.

The Consumer Specialties segment's products include acetate flake, acetate tow and acetate film; Sunett sweetener, Qorus sweetener system and food protection ingredients. Acetate tow is a fiber used in cigarette filters. Acetate flake is processed into acetate tow. Acetate flake can also be a solvent cast to create a film, which is used in packaging for food and luxury goods, as well as other applications, such as anti-fog films, which are sold under the trademark, Clarifoil. Ace-K, a non-nutritive high intensity sweetener sold under the trademark, Sunett, is used in a range of beverages, confections and dairy products across the world. Sunett sweetener is a blending partner for caloric and non-caloric sweeteners as it balances the sweetness profile. The Qorus sweetener system is designed for low- to no-calorie carbonated and non-carbonated beverages, flavored waters, energy drinks, milk and dairy products. The Company's food protection ingredients, potassium sorbate and sorbic acid are used in foods, beverages and personal care products.

The Company's emulsion polymers business produces conventional vinyl- and acrylate-based emulsions and vinyl acetate ethylene (VAE) emulsions. VAE emulsions are the components of water-based architectural coatings, adhesives, non-wovens, textiles, glass fiber and other applications. LDPE is produced in high-pressure reactors from ethylene, while EVA resins and compounds are produced in high-pressure reactors from ethylene and vinyl acetate monomer (VAM). The segment's products are sold to a range of regional and multinational customers. Customers of the Company's emulsion polymers business are manufacturers of water-based paints and coatings, adhesives, paper, building and construction products, glass fiber, non-wovens and textiles. Customers of its EVA polymers business are engaged in the manufacture of a range of products, including hot melt adhesives, automotive components, thermal laminations, and flexible and food packaging materials.

The Company's acetyl products include acetic acid, VAM, acetic anhydride and acetaldehyde. Acetic acid is used to manufacture VAM, purified terephthalic acid and other acetyl derivatives. VAM is used in a range of adhesives, paints, films, coatings and textiles. Acetic anhydride is a raw material used in the production of cellulose acetate, detergents and pharmaceuticals. Acetaldehyde is a feedstock for the production of a range of derivatives, such as pyridines, which are used in agricultural products. The Company also manufactures acetic acid, VAM and acetic anhydride for its own use in producing downstream, value-added products, as well as for sale to third parties. The Acetyl Intermediates segment produces VAM as a raw material for its emulsion polymers and EVA polymers businesses.

The Company manufactures a range of solvents, formaldehyde and other chemicals, which are used in the manufacture of paints, coatings, adhesives and other products. Its solvents and derivatives products include ethyl acetate, an acetate ester that is a solvent used in coatings, inks and adhesives, and in the manufacture of photographic films and coated papers; butyl acetate, an acetate ester that is a solvent used in inks, pharmaceuticals and perfume; formaldehyde and paraformaldehyde, which are used to produce adhesive resins for plywood, particle board, coatings, POM engineering resins and a compound used in making polyurethane, and other chemicals, such as crotonaldehyde, which are used by the Company's food ingredients business for the production of sorbic acid and potassium sorbates, as well as raw materials for the fragrance and food ingredients industry.

The Company's intermediate chemistry business sells its products both directly to customers and through distributors. Solvents and derivatives are sold to a range of regional and multinational customers. The Company manufactures formaldehyde for its own use, as well as for sale to regional customers that include manufacturers in the wood products and chemical derivatives industries. Specialty solvents are sold to a range of customers in the coatings and resins, and the specialty products industries. Its products serve regions, across the world in the synthetic lubricant, agrochemical, rubber processing and other specialty chemical areas.