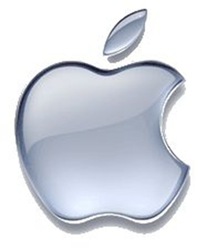 Enter the number of Apple Inc shares you hold and we'll calculate your dividend payments:

Sign up for Apple Inc and we'll email you the dividend information when they declare.

Add Apple Inc to receive free notifications when they declare their dividends.

Your account is set up to receive Apple Inc notifications.

Apple is one of the world’s best-known manufacturers of personal computers and related software, having been responsible for the stylish Macintosh computers and the iPod digital music player. It sells its products through its own online stores, direct sales force, third-party wholesalers and resellers and its own retail stores.In recent times it has become the worlds largest company by market capitalisation on the back of a series of iconic products starting with the iPod, then the iPhone and most recently the iPad.

After a long period of not paying a dividend, Apple resumed dividend payments in it's 3rd Quarter 2012 with a payour of $2.65 per share, an amount that it matched in the 4th Quarter.

April 23, 2014: - The Board of Directors has also announced a seven-for-one stock split.  Each Apple shareholder of record at the close of business on June 2, 2014 will receive six additional shares for every share held on the record date, and trading will begin on a split-adjusted basis on June 9, 2014.

Investors Chronicle dividend of the week - 16/09/2013 This week we are not going to use the DividendMax tools to produce long lists, shortlists, Optimised yields, etc, but I am just going to write about the world’s greatest company and why I think investors should tuck it away for the long term with near guaranteed high returns in both income and capital through consistently high dividend increases.
14 Sep 2013