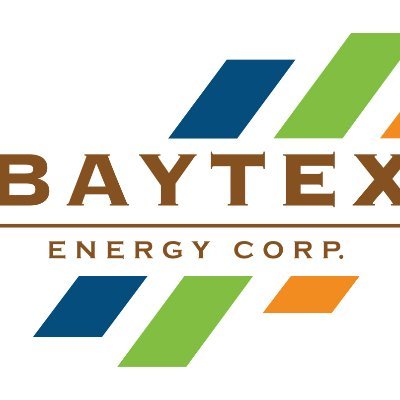 Enter the number of Baytex Energy Corp shares you hold and we'll calculate your dividend payments:

Sign up for Baytex Energy Corp and we'll email you the dividend information when they declare.

Add Baytex Energy Corp to receive free notifications when they declare their dividends.

Your account is set up to receive Baytex Energy Corp notifications.

Baytex Energy Corp. is a Canada-based oil and gas company. The company is engaged in the acquisition, development and production of crude oil and natural gas in the Western Canadian Sedimentary Basin and in the Eagle Ford in the United States. The Company operates primarily in Canada and the United States. The Canadian operating segment includes its light oil assets in the Viking and Duvernay; its heavy oil assets in Peace River and Lloydminster, and its conventional oil and natural gas assets in Western Canada. The United States operating segment includes its Eagle Ford assets in Texas.