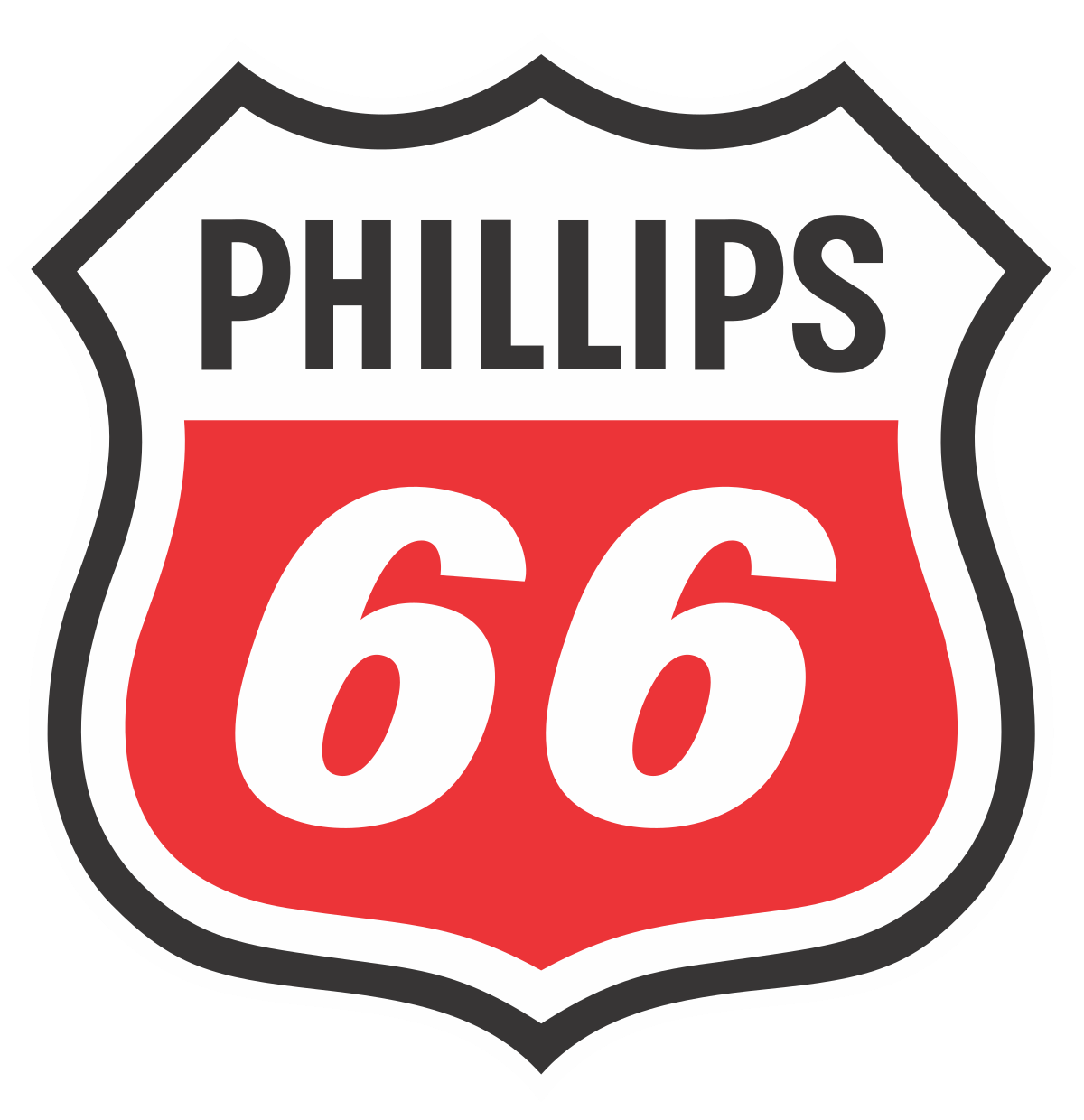 Enter the number of Phillips 66 shares you hold and we'll calculate your dividend payments:

Sign up for Phillips 66 and we'll email you the dividend information when they declare.

Add Phillips 66 to receive free notifications when they declare their dividends.

Your account is set up to receive Phillips 66 notifications.

Phillips 66, incorporated on November 10, 2011, is an energy manufacturing and logistics company with midstream, chemicals, refining, and marketing and specialties businesses. The Company operates through four segments: Midstream, Chemicals, Refining, and Marketing and Specialties (M&S). The Midstream segment gathers, processes, transports and markets natural gas, and transports, stores, fractionates and markets natural gas liquids (NGLs) in the United States. The Chemicals segment consists of its equity investment in Chevron Phillips Chemical Company LLC (CPChem), which manufactures and markets petrochemicals and plastics. The Refining segment buys, sells and refines crude oil and other feedstocks at refineries, primarily in the United States and Europe. The M&S segment purchases for resale and markets refined petroleum products, such as gasolines, distillates and aviation fuels, primarily in the United States and Europe, as well as includes the manufacturing and marketing of specialty products, and power generation operations.

As of December 31, 2016, CPChem owned or had joint-venture interests in 32 global manufacturing facilities and two the United States research and development centers. The Company structures its reporting of CPChem's operations in two primary business segments: Olefins and Polyolefins (O&P) and Specialties, Aromatics and Styrenics (SA&S). The O&P business segment produces and markets ethylene and other olefin products, and the ethylene produced is primarily consumed within CPChem for the production of polyethylene, normal alpha olefins and polyethylene pipe. The SA&S business segment manufactures and markets aromatics and styrenics products, such as benzene, styrene, paraxylene and cyclohexane, as well as polystyrene and styrene-butadiene copolymers. SA&S also manufactures and/or markets a variety of specialty chemical products, including organosulfur chemicals, solvents, catalysts, drilling chemicals and mining chemicals. CPChem and its equity affiliates have manufacturing facilities located in Belgium, China, Colombia, Qatar, Saudi Arabia, Singapore, South Korea and the United States.

In the United States, as of December 31, 2016, the Company marketed gasoline, diesel and aviation fuel through approximately 7,850 marketer-owned or -supplied outlets in 48 states. These sites utilize the Phillips 66, Conoco or 76 brands. In addition to automotive gasoline and diesel, the Company produces and markets jet fuel and aviation gasoline. As of December 31, 2016, aviation gasoline and jet fuel were sold through dealers and independent marketers at approximately 900 Phillips 66-branded locations in the United States. The Company uses the JET brand name to market retail and wholesale products in Austria, Germany and the United Kingdom. In addition, a joint venture in which the Company has an equity interest markets products in Switzerland under the Coop brand name. The Company also markets aviation fuels, LPG, heating oils, transportation fuels, marine bunker fuels, bitumen and fuel coke specialty products to commercial customers and into the bulk or spot markets in the above countries. As of December 31, 2016, the Company had 1,306 marketing outlets in its European operations, of which 969 were company owned and 337 were dealer owned. In addition, through its joint venture operations in Switzerland, the Company had interests in 298 additional sites, as of December 31, 2016.

The Company manufactures and sells a range of specialty products, including petroleum coke products, waxes, solvents and polypropylene. Certain manufacturing operations are included in the Refining segment, while the marketing function for these products is included in the Specialties business. The Company markets graphite and anode-grade petroleum cokes in the United States and Europe for use in a range of industries that include steel, aluminum, titanium dioxide and battery manufacturing. The Company also markets polypropylene in North America under the COPYLENE brand name for use in consumer products, and market specialty solvents that include pentane, iso-pentane, hexane, heptane and odorless mineral spirits for use in the petrochemical, agriculture and consumer markets. The Company owns interest in Excel Paralubes, a joint venture, which owns a hydrocracked lubricant base oil manufacturing plant located adjacent to the Lake Charles Refinery. The Company manufactures and sells automotive, commercial, industrial and specialty lubricants, which are marketed under the Phillips 66, Kendall and Red Line brands, as well as other private label brands.