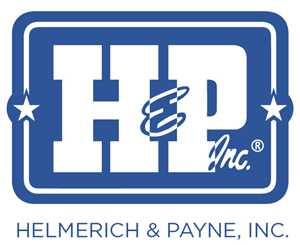 Enter the number of Helmerich & Payne, Inc. shares you hold and we'll calculate your dividend payments:

Sign up for Helmerich & Payne, Inc. and we'll email you the dividend information when they declare.

Add Helmerich & Payne, Inc. to receive free notifications when they declare their dividends.

Your account is set up to receive Helmerich & Payne, Inc. notifications.

The contract drilling operations consist of contracting Company-owned drilling equipment to oil and gas exploration companies. The Company's principal international areas of operation include Colombia, Ecuador, Argentina, Bahrain, the United Arab Emirates and other South American and Middle Eastern countries. The Company specializes in shallow to deep drilling in oil in North and South America. It is also focused on gas producing basins of the United States and in drilling for oil and gas in international locations. The Company provides drilling rigs, equipment, personnel and camps on a contract basis. These services are provided to develop oil and gas from onshore areas and from fixed platforms, tension-leg platforms and spars in offshore areas. The Company's drilling contracts are obtained through bidding or through negotiations with customers, and covers multi-well and multi-year projects. Each drilling rig operates under a separate drilling contract.

The Company's Offshore segment conducts offshore operations in the Gulf of Mexico and Equatorial Guinea. The Company has approximately nine offshore platform rigs, of which approximately eight rigs are under contract. The Company's rig assembly facility is located near the Houston, Texas ship channel, and the Company's principal fabricator and other vendors are located in the gulf coast region.

Sector
Oil & Gas Producers
Country
United States
Share Price
$45.69 (yesterday's closing price)
Shares in Issue
104 million
Market Cap
$4.8bn
Dividend Cover

How many times is the dividend covered by company income. A cover of 1 means all income is paid out in dividends
0.6
CADI

The Consecutive Annual Dividend Increases - the number of years this company has been increasing its dividends
0
Market Indices
none