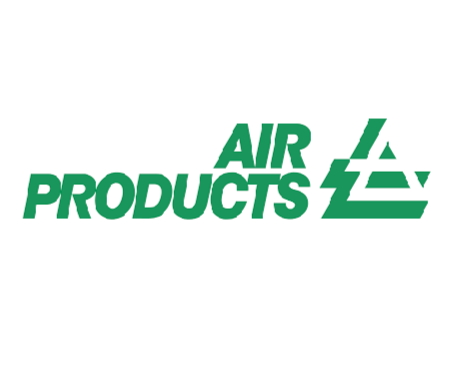 Sign up for Air Products & Chemicals Inc. and we'll email you the dividend information when they declare.

Your account is set up to receive Air Products & Chemicals Inc. notifications.

The Company's Industrial Gases business produces atmospheric gases (oxygen, nitrogen, argon, and rare gases), process gases (hydrogen, helium, carbon dioxide, carbon monoxide, syngas and specialty gases) and equipment for the production or processing of gases, such as air separation units and non-cryogenic generators. Atmospheric gases are produced through various air separation processes of which cryogenic is the most prevalent. Process gases are produced by methods other than air separation. The Company's Industrial Gases business is organized and operated regionally. The regional Industrial Gases segments (Americas, EMEA and Asia) include the results of its regional Industrial Gases businesses, which supply gases and related equipment in the relevant region to diversified customers in various industries, including those in metals, glass, chemical processing, electronics, energy production and refining, food processing, metallurgical industries, medical and general manufacturing. The Company distributes gases to its customers through a range of supply modes: Liquid Bulk, Packaged Gases and On-Site Gases. Through Liquid Bulk the Company delivers product in bulk (in liquid or gaseous form) by tanker or tube trailer and stored, usually in its liquid state, in equipment designed and installed typically by the Company at the customer's site for vaporizing into a gaseous state as needed. Liquid bulk sales are usually governed by three- to five-year contracts. Through Packaged Gases mode small quantities of products are delivered in either cylinders or dewars.

The Company operates packaged gas businesses in Europe, Asia, and Latin America. In the United States, the Company's packaged gas business sells products only for the electronics and magnetic resonance imaging (principally helium) industries. Through On-Site Gases mode, hydrogen, carbon monoxide, nitrogen, oxygen, and syngas (a mixture of hydrogen and carbon monoxide) are provided to customers, principally the energy production and refining, chemical and metallurgical industries around the world requiring gases that have relatively constant demand. Gases are produced at facilities located adjacent to customers' facilities or by pipeline systems from centrally located production facilities and are generally governed by 15- to 20- year contracts. The Company also delivers small quantities of product through small on-site plants (cryogenic or non-cryogenic generators), typically either through a 10- to 15- year sale of gas contract or through the sale of the equipment to the customer.

The Company designs and manufactures equipment for air separation, hydrocarbon recovery and purification, natural gas liquefaction (LNG), and liquid helium and liquid hydrogen transport and storage. The Industrial Gases-Global segment includes cryogenic and non-cryogenic equipment for air separation. The equipment is sold around the world to customers in a range of industries, including chemical and petrochemical manufacturing, oil and gas recovery, and processing and steel, and primary metals processing. Other activities, which are managed globally instead of regionally, are also part of this segment, such as technology development for air separation. The Corporate and other segment includes over two global equipment businesses, its LNG sale of equipment business and its liquid helium and liquid hydrogen transport and storage containers business. Steel, aluminum and capital equipment subcomponents (compressors, etc.) are the principal raw materials in the manufacturing of equipment in this business segment. Materials Technologies segment employs applications technology to provide solutions to a range of global industries through chemical synthesis, analytical technology, process engineering and surface science. It consists of two business divisions: Performance Materials, which is focused on a portfolio of additives products that provide high value properties at low cost across a range of industries, and Electronics Materials, which is focused on supplying critical materials and equipment to the semiconductor industry.

The Company's Industrial Gases-Global segment manufactures air separation equipment in Missouri, Utah, Pennsylvania, and China. Research and development (R&D) activities for this business segment are conducted at approximately three owned locations in the United States and Europe and over four leased locations in Canada, Europe and Asia. Hydrogen fueling stations built by the Company supports demonstration projects in California, Europe and Asia. Helium is processed at sites in Kansas, Wyoming, Colorado, and Texas; and then distributed to/from transfill sites in the United States, Canada, Europe and Asia.

The Company's Industrial Gases-Americas segment operates from over 295 production and distribution facilities in North and South America (approximately 1/4th of which are located on owned property), and over 10% of which are integrated sites that serve dedicated customers, as well as merchant customers. The Company has property rights and permits for the ongoing operation of its pipeline systems in the Gulf Coast, California and Arizona in the United States and Alberta and Ontario, Canada. Management and sales support is based in its Trexlertown and Santiago offices and at approximately 10 leased properties located throughout North and South America.

The Company's Industrial Gases-EMEA segment operates from over 150 production and distribution facilities in Europe, the Middle East and Africa (approximately 1/3rd of which are on owned property). The Company has property rights and permits for the ongoing operation of its pipeline systems in the Netherlands, the United Kingdom, Belgium, France and Germany. Management and sales support for this business segment is based in Hersham, England, Barcelona, Spain and at 12 leased office sites located throughout the region.

The Company's Industrial Gases-Asia segment operates from over 150 production and distribution facilities within Asia (approximately 1/4th of which are on owned property or long duration term grants). The Company has property rights and permits for the ongoing operation of its pipeline systems in China, Korea, Taiwan, Malaysia, Singapore and Indonesia. Management and sales support for this business segment is based in Shanghai, China and Kuala Lumpur, Malaysia, and in approximately seven leased office locations throughout the region.