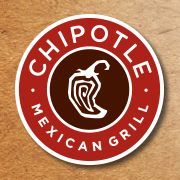 Enter the number of Chipotle Mexican Grill shares you hold and we'll calculate your dividend payments:

Previous Payment
–
Next Payment
–
Forecast Accuracy
—
We have not made any dividend predictions for Chipotle Mexican Grill
Try Premium
Dividend Yield Today
0.0%
The dividend yield is calculated by dividing the annual dividend payment by the prevailing share price
More
Free Email Notification

Sign up for Chipotle Mexican Grill and we'll email you the dividend information when they declare.

Add Chipotle Mexican Grill to receive free notifications when they declare their dividends.

Your account is set up to receive Chipotle Mexican Grill notifications.