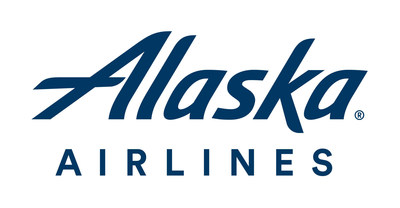 
The previous Alaska Air Group Inc. dividend was 37.5c and it went ex almost 3 years ago and it was paid almost 3 years ago.
There are typically 4 dividends per year (excluding specials), and the dividend cover is approximately 4.1.

Sign up for Alaska Air Group Inc. and we'll email you the dividend information when they declare.

Your account is set up to receive Alaska Air Group Inc. notifications.

Alaska Air Group, Inc., incorporated on March 15, 1985, is the holding company of Alaska Airlines (Alaska), Virgin America Inc., Horizon Air (Horizon) and other business units. The Company operates through three segments: Mainline, Regional and Horizon. Its Mainline segment includes Alaska's and Virgin America's scheduled air transportation for passengers and cargo throughout the United States, and in parts of Canada, Mexico, Costa Rica and Cuba. Its Regional segment includes Horizon's and other third-party carriers' scheduled air transportation for passengers across a shorter distance network within the United States under capacity purchased arrangements (CPAs). Its Horizon segment includes the capacity sold to Alaska under CPA. Alaska and Virgin America operate fleets of narrowbody passenger jets. Horizon operates a fleet of turboprop aircraft and sells all of its capacity to Alaska pursuant to a CPA.

As of December 31, 2016, the Company maintained two frequent flyer plans: the Alaska Airlines Mileage Plan and the Virgin America Elevate. Mileage Plan provides a suite of frequent flyer benefits. Miles can be earned by flying on Alaska or on one of its 24 airline partners, by using the Alaska Airlines credit card, or through other non-airline partners. The Elevate program allows guests to earn points for purchasing travel that are redeemable for travel awards throughout its network and the networks of Virgin America's airline partners.

The Company's Mainline segment operations include the Boeing 737 (B737) and Airbus family (A319 and A320) jet service offered by Alaska and Virgin America. It offers passenger service from the western United States throughout the contiguous United States, Alaska, Hawaii, Canada, Mexico, Costa Rica and Cuba. It also offers cargo service throughout its network and had cargo aircraft that operate primarily to and within the state of Alaska. As of December 31, 2016, its mainline operating fleet consisted of 155 B737 jet aircraft and 63 Airbus A320 family jet aircraft.

Sector
Aerospace & Defence
Country
United States
Share Price
$51.02 (yesterday's closing price)
Shares in Issue
127 million
Market Cap
$6.5bn
Dividend Cover

How many times is the dividend covered by company income. A cover of 1 means all income is paid out in dividends
4.1
CADI

The Consecutive Annual Dividend Increases - the number of years this company has been increasing its dividends
4
Market Indices
S&P 500