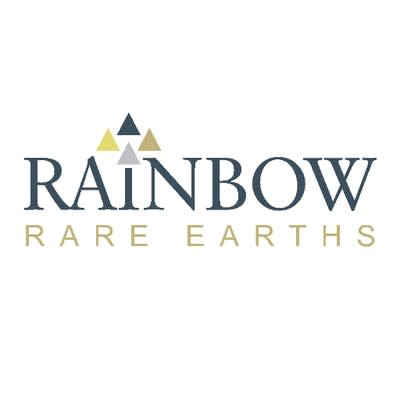 Previous Payment
–
Next Payment
–
Forecast Accuracy
—
We have not made any dividend predictions for Rainbow Rare Earths Ltd
Try Premium
Dividend Yield Today
0.0%
The dividend yield is calculated by dividing the annual dividend payment by the prevailing share price
More
Free Email Notification

Sign up for Rainbow Rare Earths Ltd and we'll email you the dividend information when they declare.

Your account is set up to receive Rainbow Rare Earths Ltd notifications.

Rainbow Rare Earths Limited is a Guernsey-based mining company. The Company is engaged in the exploration and development of the Gakara project, a rare earth deposit in Burundi, East Africa. The Gakara Rare Earth Project is located in the Bujumbura province of Western Burundi, which consists of a mining license and exploration license. The Company's principle asset, the mining license, is held through its subsidiary, Rainbow Mining Burundi SM. The Gakara project is located approximately 20 kilometers (km) south-southeast of Bujumbura and covers a combined area of approximately 135 square kilometers. Its exploration target at the project is rare earth element mineralization (REE), which is hosted in a system of narrow veins consisting of minerals bastnaesite and/or monazite. It also owns approximately 10 mining claims covering a total of approximately 12 km square in Zimbabwe. The Company's subsidiaries include Rainbow International Resources Limited and Rainbow Burundi SPRL.