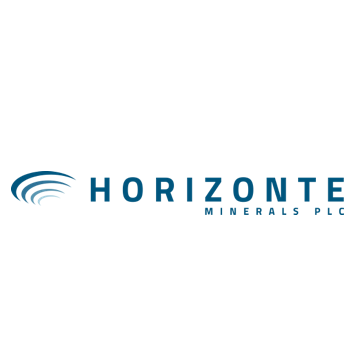 Enter the number of Horizonte Minerals shares you hold and we'll calculate your dividend payments:

Previous Payment
–
Next Payment
–
Forecast Accuracy
—
We have not made any dividend predictions for Horizonte Minerals
Try Premium
Dividend Yield Today
0.0%
The dividend yield is calculated by dividing the annual dividend payment by the prevailing share price
More
Free Email Notification

Sign up for Horizonte Minerals and we'll email you the dividend information when they declare.

Add Horizonte Minerals to receive free notifications when they declare their dividends.

Your account is set up to receive Horizonte Minerals notifications.

Horizonte Minerals Plc is a United Kingdom-based nickel development company. The principal activity of the Company and its subsidiaries is the exploration and development of precious and base metals. The Company operates principally in the United Kingdom and Brazil, with operations managed on a project-by-project basis within each geographical area. The Company is developing its 100% owned Araguaia Nickel Project, which is located south of the Carajas mining district in Para State, north Brazil. Its Araguaia Nickel Project has two principal mining centers; Araguaia Nickel South (ANS) and Araguaia Nickel North (ANN). ANS hosts seven deposits: Pequizeiro, Baiao, Pequizeiro West, Jacutinga, Vila Oito East, Vila Oito West and Vila Oito, while ANN hosts the Vale do Sonhos deposit. The Company also owns 100% of the Vermelho Nickel-Cobalt project, which is located in the Carajas mining district in Para state, north east Brazil.