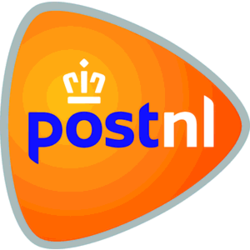 Enter the number of PostNL N.V. shares you hold and we'll calculate your dividend payments:

Sign up for PostNL N.V. and we'll email you the dividend information when they declare.

Add PostNL N.V. to receive free notifications when they declare their dividends.

Your account is set up to receive PostNL N.V. notifications.

Manage notifications
The table below shows the full dividend history for PostNL N.V.

Previously known as TNT Post it is now known as PostNL, it is a postal system operator. The company provides global express and mail delivery services. TNT is based in Hoofddorp, the Netherlands. It offers its services in the Netherlands as well as in other European countries including the United Kingdom, Germany, Italy and Belgium.

PostNL came into existance at the end of May 2011 as the result of a demerger of TNT Express NV.

Note: Dividends prior to this date have been set to zero

In the British postal market their market share has grown to over 20%.