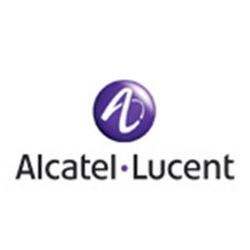 This security is delisted

Enter the number of Alcatel-Lucent shares you hold and we'll calculate your dividend payments:

Sign up for Alcatel-Lucent and we'll email you the dividend information when they declare.

Add Alcatel-Lucent to receive free notifications when they declare their dividends.

Your account is set up to receive Alcatel-Lucent notifications.

Nokia expects that the interim results of the initial public exchange offer will be published by the French stock market authority, Autorité des Marchés Financiers (the "AMF"), on January 4, 2016, with the final results to be published on January 5, 2016. Assuming that the Offer is successful, it will be reopened. The AMF will publish the timetable of the reopened Offer, which is expected to start on January 14, 2016 and close on February 3, 2016.

The completion of the Offer is subject to the voluntary minimum tender condition that the Alcatel-Lucent securities tendered into the Offer represent more than 50% of the shares of Alcatel-Lucent on a fully diluted basis upon the closing of the Offer. In accordance with the applicable rules and regulations of the AMF and the U.S. Securities and Exchange Commission, and if the mandatory minimum acceptance threshold set at more than 50% of the Alcatel-Lucent share capital or voting rights on a non-diluted basis (taking into account Alcatel-Lucent convertible bonds tendered into the exchange offer) is crossed, Nokia reserves the right to waive the voluntary minimum tender condition of the Offer. A decision regarding any waiver will be made by Nokia's Board of Directors should that situation arise.

Sector
Telecomms
Country
France
Share Price
€3.50 (closing price on 01 Nov 2016)
Shares in Issue
2,327 million
Market Cap
€8.1bn
Dividend Cover

How many times is the dividend covered by company income. A cover of 1 means all income is paid out in dividends
0.0
CADI

The Consecutive Annual Dividend Increases - the number of years this company has been increasing its dividends
0
Market Indices
none