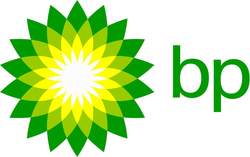 BP's fourth-quarter replacement cost (RC) result was a loss of $969 million, compared with a profit of $1,507 million a year ago. After adjusting for a net charge for non-operating items of $3,565 million, mainly relating to impairments in Upstream, reflecting the impact of the lower near-term price environment, revisions to reserves and other factors (see page 4 and Note 3 on page 22), and net favourable fair value accounting effects of $357 million (both on a post-tax basis), underlying RC profit for the fourth quarter 2014 was $2,239 million, compared with $2,809 million for the same period in 2013.

For the full year, RC profit was $8,073 million, compared with $23,681 million a year ago which included a $12.5-billion gain relating to the disposal of our interest in TNK-BP. After adjusting for a net charge for non-operating items of $4,620 million and net favourable fair value accounting effects of $557 million (both on a post-tax basis), underlying RC profit for the full year was $12,136 million, compared with $13,428 million for the same period in 2013. RC profit or loss for the group, underlying RC profit or loss and fair value accounting effects are non-GAAP measures and further information is provided on pages 3 and 29.

The reserves replacement ratio* on a combined basis of subsidiaries and equity-accounted entities was estimated at 62%(b) for the year, excluding the impact of acquisitions and disposals.

In October 2013, BP announced plans to divest a further $10 billion of assets before the end of 2015, having completed its earlier divestment programme of $38 billion. BP has agreed around $4.7 billion of such further divestments to date. Disposal proceeds received in cash were $1.1 billion for the quarter and $3.5 billion for the full year.

BP today announced a quarterly dividend of 10.00 cents per ordinary share ($0.600 per ADS), which is expected to be paid on 27 March 2015. The corresponding amount in sterling will be announced on 16 March 2015. See page 25 for further information.