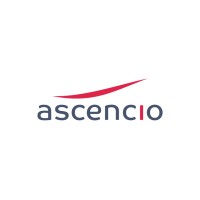 Enter the number of Ascencio Sca shares you hold and we'll calculate your dividend payments:

Sign up for Ascencio Sca and we'll email you the dividend information when they declare.

Add Ascencio Sca to receive free notifications when they declare their dividends.

Your account is set up to receive Ascencio Sca notifications.

Sector
Real Estate Investment & Services
Country
Belgium
Share Price
€54.40 (yesterday's closing price)
Shares in Issue
7 million
Market Cap
€359mn
Dividend Cover

How many times is the dividend covered by company income. A cover of 1 means all income is paid out in dividends
2.0
CADI

The Consecutive Annual Dividend Increases - the number of years this company has been increasing its dividends
8
Market Indices
none