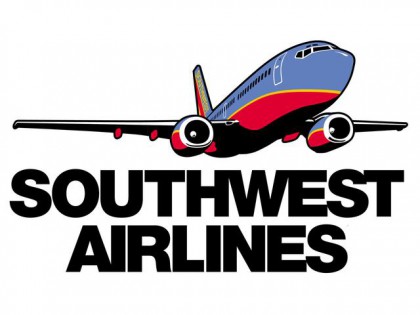 The Company offers ancillary service offerings, such as Southwest's EarlyBird Check-In and transportation of pets and unaccompanied minors, in accordance with Southwest's respective policies. EarlyBird Check-In provides customers with automatic check-in before general boarding positions become available, improving customers' seat selection options. Southwest's Pet Policy provides customers an opportunity to bring a small cat or dog into the aircraft cabin. Southwest offers inflight satellite-based wireless fidelity (WiFi) service on all of its 737-700 and 737-800 aircraft. Southwest's customers with small portable electronic devices are able to utilize the airline's onboard WiFi from gate-to-gate when traveling on a Southwest WiFi-enabled aircraft. Southwest's onboard entertainment options on WiFi-enabled aircraft for viewing on customers' personal wireless devices include free access to Southwest's live and on-demand television product. As of December 31, 2016, the television product consisted of approximately 20 live channels and up to 75 on-demand recorded episodes from popular television series. Southwest also provides movies-on-demand, and also offers a Messaging-only option, including all WiFi-enabled stops and connections. The Messaging service allows access to iMessage and pre-downloaded applications for Viber and WhatsApp.

Southwest's Rapid Rewards frequent flyer program features tier and Companion Pass programs for the Members, including A-List and A-List Preferred status. The Company's Internet Website, Southwest.com, is the avenue for Southwest customers to purchase and manage travel online. Customers' trips can be planned and managed directly from the Southwest.com home page. The My Account section of the Website provides a detailed view into a customer's travel and loyalty activity. Southwest.com provides information on the Company's fare and ancillary products. In addition, Southwest.com and Swabiz.com (the Company's business travel reservation Web page) are available in a translated Spanish version, which provides Customers preferring to transact in Spanish. Additionally, Southwest offers customers a mobile Website and applications (iPhone operating system (iOS) and Android) to provide customers the ability to transact with Southwest anytime they have access to their mobile device.

Southwest either leases or pays a usage fee for terminal passenger service facilities at each of the airports it serves, to which various leasehold changes have been made. The Company leases the land and/or structures on a long-term basis for its aircraft maintenance centers (located at Dallas Love Field, Houston Hobby, Phoenix Sky Harbor, Chicago Midway, Hartsfield-Jackson Atlanta International Airport, and Orlando International Airport), and its flight training center at Dallas Love Field. The Company also leases a warehouse and engine repair facility in Atlanta. As of December 31, 2016, the Company operated seven customer support and services call centers. The Company owns its Houston and Phoenix centers.