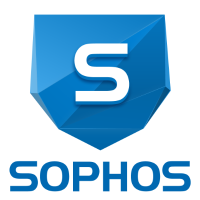 Strong billings growth across all regions and products, driven by growth in both new and existing customers

o Cross-sell improved YOY to 7.4 percent from 5.6 percent of customers who have both Endpoint and UTM products

o Investments in the year drove significant subscription billings growth, the full benefit of which will be recognised as revenue over the terms of the contracts

o Billings growth resulted in a $65.4 million increase to the year-end deferred revenue balance to $498.7 million; of which $286.5 million which will be recognised in FY17, up 14.0 percent YOY, highlighting the visibility and sustainability of the Sophos subscription based business model

Exceptional items of $41.9 million, particularly costs associated with the initial public offering of the Company's shares in July 2015, reflected in an operating loss of $32.7 million

Net cash flow from operating activities of $21.3 million and unlevered free cash flow of $46.4 million both in line with the Board's expectations; decreased YOY predominantly due to $41.9 million of exceptional costs and anticipated one-time movements in working capital