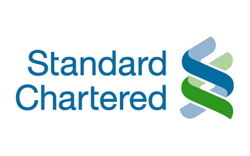 Broad based performance across multiple markets, with operating income of over $100 million in 25 markets

The Group was the No. 2 global underwriter of offshore yuan bonds in 2013 and partnered Agricultural Bank of China to provide RMB clearing services in London

The balance sheet continues to be highly liquid, well diversified and strongly capitalised with a  Basel III end point common equity tier one ratio of 11.2 per cent.

"2013 was a challenging year, for the industry and for Standard Chartered, but the bank remains an exciting growth story. We are focused on driving profitable growth, delivering further value for shareholders. The Group has an excellent balance sheet, remains well capitalised and continues to support our clients as they seek to invest and expand across Asia, Africa and the Middle East".