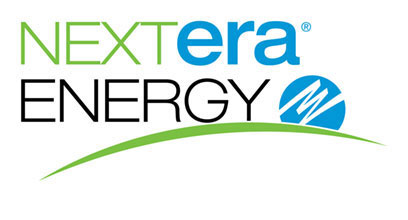 NextEra Energy, Inc. (NEE), incorporated on September 10, 1984, is a holding company. The Company is an electric power companies in North America and, through its subsidiary NextEra Energy Resources, LLC (NEER) and its affiliated entities, is the generator of renewable energy from the wind and sun. NEE also owns and/or operates generation, transmission and distribution facilities to support its services to retail and wholesale customers, and has investments in gas infrastructure assets. Its segments include FPL and NEER. NEE also provides risk management services related to power and gas consumption related to its own generation assets and for a limited number of wholesale customers in selected markets. As of December 31, 2016, NEE's business included approximately 45,900 megawatts (MW) of generating capacity with electric generation facilities located in 30 states in the United States, four provinces in Canada and in Spain; approximately 16% of the installed base of the United States wind power production capacity; approximately 11% of the installed base of the United States universal solar power production capacity; fleets of nuclear power stations in the United States, with eight reactors at five sites located in four states, representing approximately 6% of U.S. nuclear power electric generating capacity; more than 5.4 million retail and wholesale electric customer accounts, and approximately 14,700 people employed, primarily in the United States.

Florida Power & Light Company (FPL) is a rate-regulated electric utility engaged primarily in the generation, transmission, distribution and sale of electric energy in Florida. FPL is an electric utility in the state of Florida and electric utilities in the United States. As of December 31, 2016, FPL had approximately 26,000 MW of net generating capacity, 74,800 miles of transmission and distribution lines and 600 substations. FPL provides service to its customers through an integrated transmission and distribution system that links its generation facilities to its customers. As of December 31, 2016, FPL served approximately 10 million people through approximately 4.9 million customer accounts. As of December 31, 2016, FPL's resources for serving load consisted of 26,836 MW, of which 26,017 MW were from FPL-owned facilities and approximately 819 MW were available through purchased power agreements, including 330 MW associated with a coal-fired generation facility located in Indiantown, Florida. As of December 31, 2016, FPL owned and operated 33 units that used fossil fuels, primarily natural gas, and had joint ownership interests in three coal units with an aggregate generating capacity of 22,305 MW. In addition, FPL owned, or had undivided interests in, and operated four nuclear units with generating capacity totaling 3,453 MW and five solar generation facilities with generating capacity totaling 259 MW (excluding 75 MW of non-incremental solar capability, which is provided through a natural gas generation facility).

NEER is a diversified clean energy company with a business strategy that emphasizes the development, acquisition and operation of long-term contracted assets with a focus on renewable projects. Through its subsidiaries, NEER owns, develops, constructs, manages and operates electric generation facilities in wholesale energy markets primarily in the United States, as well as in Canada and Spain. NEER, with approximately 19,882 MW of generating capacity at December 31, 2016, is a wholesale generators of electric power in the United States, with approximately 18,862 MW of generating capacity across 29 states, and has 920 MW of generating capacity in four Canadian provinces and 99.8 MW of generating capacity in Spain. NEER also owned and operated approximately 200 substations and 1,240 circuit miles of transmission lines as of December 31, 2016. NEER also engages in energy-related commodity marketing and trading activities, including entering into financial and physical contracts, to hedge the production from its generation assets that is not sold under long-term power supply agreements. These contracts primarily include power and gas commodities and their related products, as well as provide full energy and capacity requirements services primarily to distribution utilities in certain markets and offer customized power and gas and related risk management services to wholesale customers. In addition, NEER participates in natural gas, natural gas liquids and oil production primarily through non-operating ownership interests, and in pipeline infrastructure development, construction, management and operations, through either wholly owned subsidiaries or noncontrolling or joint venture interests, hereafter referred to as the gas infrastructure business. NEER also hedges the expected output from its gas infrastructure production assets to protect against price movements. NEER provides commodities-related products to customers, engages in energy-related commodity marketing and trading activities and includes the operations of a retail electricity provider. As of December 31, 2016, NEER owned, or had undivided interests in, and operated four nuclear units with a total net generating capacity of 2,721 MW.